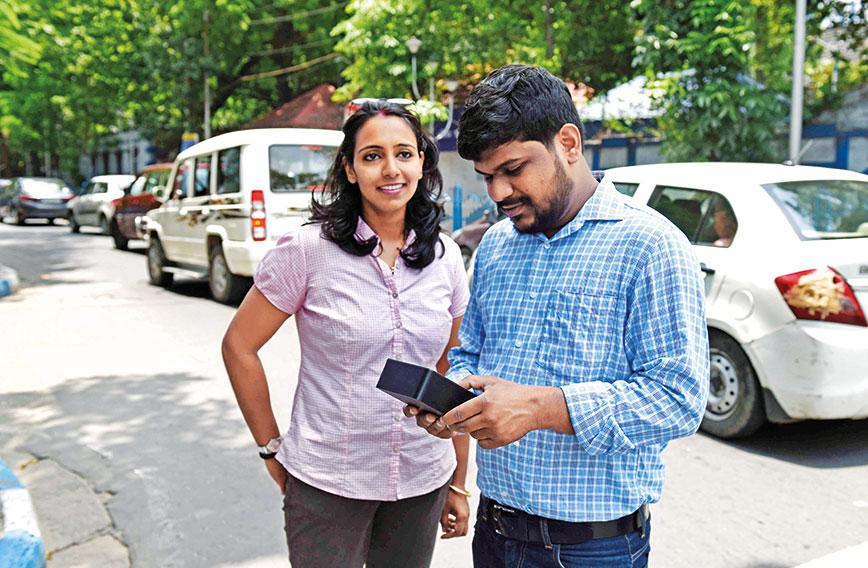 Air quality in Kolkata deteriorates severely every winter and during the last one it was the worst among all the metro cities in the country. The city not only overshot the prescribed air quality index of 50 through an entire year (May to April 2018-19), during half the year from October to March, it went above 150 and touched a peak of over 300 in December-January.

This is the demon that the fledgling voluntary organisation, Kolkata Clean Air, has taken on. It was started two years ago and is headed by Ajay Mittal and Gargi Maitra. Mittal, who comes from a business family, has decided to branch out on his own, offering business development consultancy to information technology firms. Maitra, whose expertise has been in health related work, is the programme lead.

The first step in addressing a problem is to get people in important positions to acknowledge that there is a problem. Kolkata Clean Air feels there has been some progress on this. In the run-up to the parliamentary elections, Sabuj Mancha, an NGO, brought together stakeholders in a meeting on pollution in which some political leaders participated.

The Trinamool Congress, which matters in West Bengal, in its manifesto said that it is “deeply committed to a clean and green environment” and, pointing to the exponential rise of automobiles in the country, said laws relating to automobiles need changing. In fact, the environment gets mentioned in the manifestoes of all leading parties but unfortunately, says Mittal, no action agenda has been outlined on this in the Union Budget.

Mala Roy, the Trinamool Congress candidate who went on to win from the prestigious South Kolkata constituency, said during the campaign that “the city needs green cover to combat air pollution”. She has earned some distinction in this regard. As a municipal councillor, her ward, no. 88, has been judged the cleanest by the Kolkata Municipal Corporation.

The second need to wage a systematic war on a social issue is to prepare a baseline scenario. It tells us where we are and this gives a marker to chart the journey ahead. A health camp conducted with Narayana Hospitals and the police of Bidhannagar, a posh new suburb of the city, has this to say. Seventeen percent of traffic constables and civic volunteers who spend hours breathing the air above city roads, were detected with abnormal pulmonary function, though 60 percent of those found abnormal were non-smokers. And all those tested were not that old — their average age being 30.

“These results are very worrying and urge policymakers and citizens of Kolkata to take urgent action to reduce air pollution,” says Dr Sugato Roy Chowdhury of Narayana Superspeciality Hospitals. Kolkata is the lung cancer capital of India and as many as 70 percent of its residents suffer from respiratory disorders.

Who is responsible for this? Private cars and taxis foremost, reveals a congestion mapping study. Their share of vehicular traffic in the city has gone up rapidly by 5 percent in five years to reach 57 percent in 2018. The city is also primarily diesel-driven, with 65 percent of new cars being diesel-powered.

Another trouble area is solid waste disposal. People continue to indiscriminately burn garbage, prompting the police to issue a fresh notification recently saying this is illegal. Plus, methane gas emissions from the city’s primary landfill at Dhapa gets fired on its own, posing a major hazard.

Kolkata Clean Air has networked over a hundred organisations and institutions and through this, thousands of citizens. Its aim is to make Kolkata one of the most livable and pollution-free cities through community projects, policy advocacy and behaviour change.

In the past two years Kolkata Clean Air has held clean air leadership workshops with over 400 school and college students, over 800 have participated in marches and rallies and over 20,000 signatures have been collected. It has also held a stakeholders workshop in which government and academia have participated. Another key initiative is to have created a “Doctors for clean air” forum which 22 leading city doctors have joined. Plus eight vertical workshops on composting and gardening have been organised.

Another key initiative has been to create a citizen-centric air quality monitoring network of five monitoring stations to measure the presence of particulate matter in the air across the city. The monitors have been provided by a Delhi-based organisation, Urban Sciences. To take this forward, Kolkata Clean Air plans to get in touch with corporates.

The distance to be covered is daunting. One arm of the law has not kept pace with another. Since April 2017, diesel vehicles can be sold only if they have BS4 specifications. Even this will have to give way to BS5 from April 2020. But Mittal says an expert told Kolkata Clean Air that the pollution checking centres in the city have not yet been recalibrated to BS4 standards!

His sense is also that the whole “pollution under control” mechanism in the city is largely ineffectual. The police during their periodic checking of papers of vehicles also look for the pollution control certificates but what this means
in terms of the actual emissions emerging from the tail pipes of vehicles is anybody’s guess.

An idea of how pollution control initiatives work or don’t in the city is gained from the saga of use of hot mix bitumen for road repair. After giving the state government a lot of time to switch to the less polluting cold mix technology, the National Green Tribunal (NGT) ordered the shutdown of two hot mix plants. This brought to an abrupt halt all road repair work and in response to the state’s plea, the NGT gave a reprieve of four months to the hot mix plants. But that deadline has come and gone and the city is nowhere near ending the use of polluting hot mix bitumen!

Mittal feels that the city is fortunate in having a better public transport system than many others. But this needs to be built upon by bringing in more electric vehicles, initially by retro fitting existing ones. Also, the transport authorities must restrict truck movements within the city during the winter months.